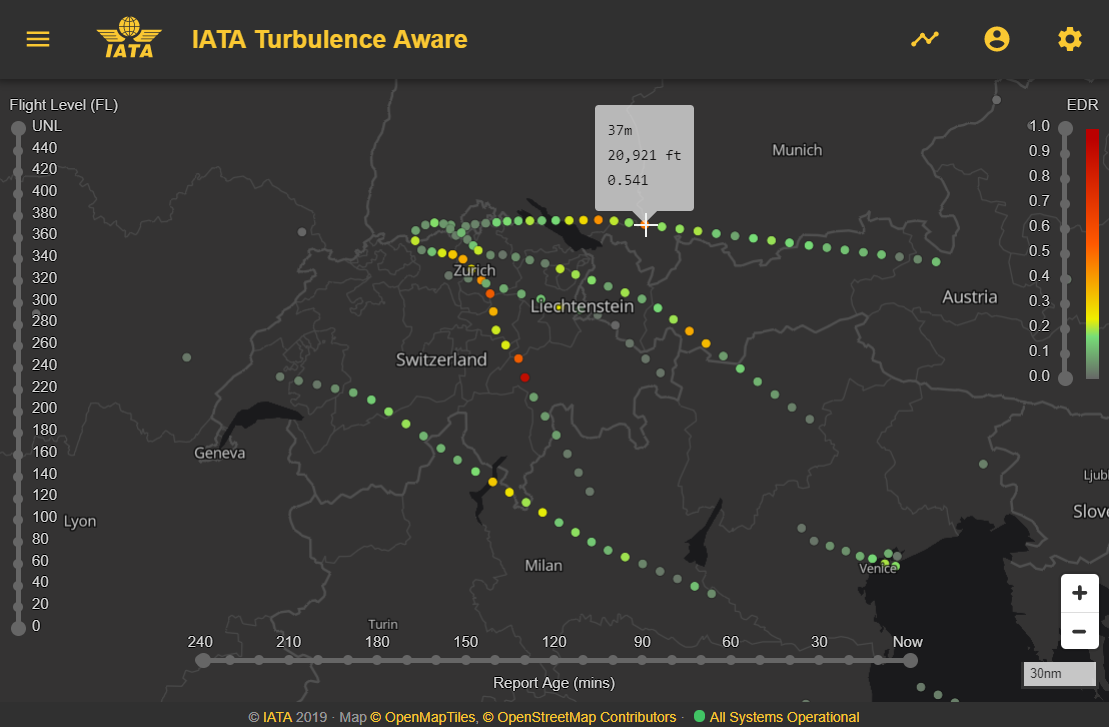 Turbulence is the prime cause of injuries to passengers and cabin staff in non-fatal aviation accidents, according to the Federal Aviation Administration of the USA. While passengers tend to travel with their seat belt fastened throughout the flight, cabin personnel are especially vulnerable in contrast while performing their work.

This is partly due to the fact that turbulence forecasting has been a very imprecise and uncertain affair until now. In future though, it should be possible to warn cabin staff and passengers of upcoming turbulences more accurately and in good time, or to avoid such areas affected by turbulence.

To these ends, Swiss Airlines is an active participant in an IATA working group known as the Turbulence Advisory Group, which is establishing a global real-time turbulence database including a web viewer known as ‘IATA Turbulence Aware’. The new platform has been live since the beginning of this year for trial purposes. Swiss Airlines became the second airline in the world (after United Airlines) to send objective turbulence measurements to this new IATA platform since 20 February.

Thanks to support from the Skylab Foundation and the Swiss Federal Office of Civil Aviation, the entire Swiss Airlines Boeing 777 fleet was equipped with a software update at the beginning of this year that uses the vertical wind strength over the aircraft’s angle-of-attack sensor to determine the strength of any turbulence in the air, and sends details of this to the ground via an ACARS message. A similar implementation is scheduled on 27 Airbus A320 and A330 aircraft until the end of 2019. The difference between this new facility and the so-called Pilot Report (PIREP) is that the automatic turbulence measurement is objective and aircraft type-neutral – similar to measuring the height of waves at sea.

The programme is supposed to still be joined by as many further airlines as possible: The bigger the volume of data available, the greater the system’s value and effect. In fact, this real-time air turbulence reporting uses the same basic principle that Google Maps does when it provides traffic jam status updates through user’s GPS data.

A close collaboration with institutions in Switzerland, Germany and the USA

The Skylab Foundation is working closely with various other institutions such as ETH Zürich, ZHAW, Meteo Schweiz, DLR in Oberpfaffenhofen, the National Center for Atmospheric Research (NCAR) in the USA, and Germany’s National Meteorological Service, the Deutscher Wetterdienst (DWD) to refine the present turbulence models using the measurement data from these aircraft. The real-time data is also used for the development of turbulence nowcasting systems. 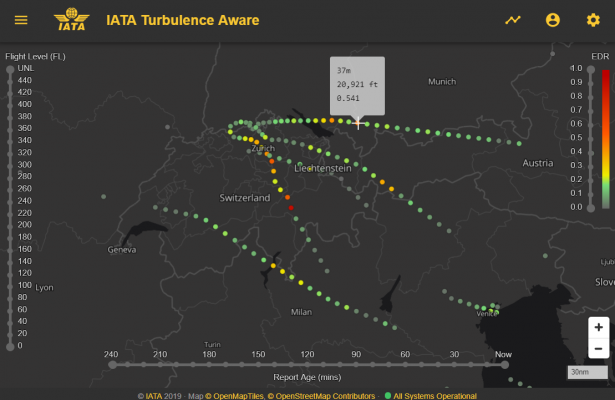