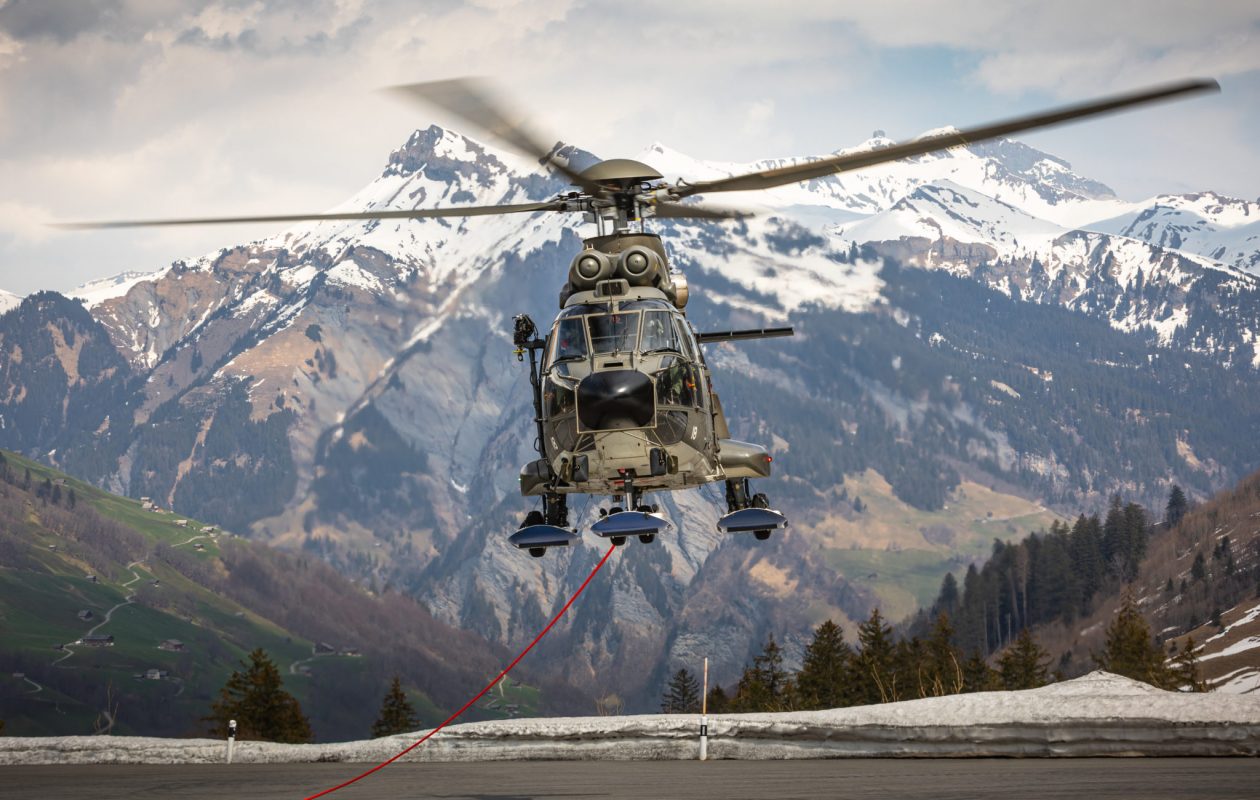 SkyLab is supporting helicopter drop tests for the student’s project PHOENIX and PICCARD from the ARIS initiative.

ARIS brings together students from Swiss universities fascinated by space exploration. Established by ETH Zurich, HSLU, ZHAW, UZH and OST their members engage in engineering challenges by integrating theory and practice. In the next five years, ARIS aims at winning the Spaceport America Cup with a completely student-developed sounding rocket that is supposed to fly to low Earth orbit in the next ten years.

As part of a large testing campaign that began in April 2021, SkyLab supported the enthusiastic students with its operational expertise in the development of a concept for the drop tests carried out by the Swiss Air Force. Over the course of a year, the students developed within the project PHEONIX an autonomous parachute landing system for the recovery of a sounding rocket. In April and May 2021, this system was successfully tested in a series of flights with a Super Puma helicopter operated by the Swiss Air Force over a firing range in the canton of Glarus. The following video gives an impression from these flight tests and the impressive work conducted by the students:

Do you want to join ARIS?

Are you a student and fascinated by space? Do you wonder what is possible when academics and industry work together? Would you like to join a team that makes real rocket launches happen? Then contact ARIS and become part of an exciting endeavour: contact@aris-space.ch